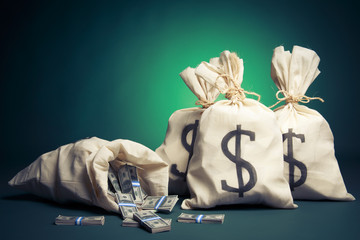 This past weekend I hung out with a couple young entrepreneurs – by young I mean all were under 40, Black, with multi million dollar businesses. There’s something about exposure, about being in a different environment and around different people that not only expands your perspective but increases your drive. The atmosphere was so charged with possibility, the lingo was so elevated, the attitudes were so transcendent that I couldn’t help but come up higher. I was challenged mentally and spiritually and I will not lie I was forced to really introspect and take some serious responsibility. It was tough but also exhilarating and freeing at the same time.

I remember a quote I heard while watching a talk show many many years ago. While pretty simple and probably just a little more than a truism at this point it said: “If you want to swim with the big fish, you have to go where the big fish are.” Cliche.. I know. But it made me realize that most times…most times… success is not where you are it’s where you have to get up and go to – more than likely out in the deep. 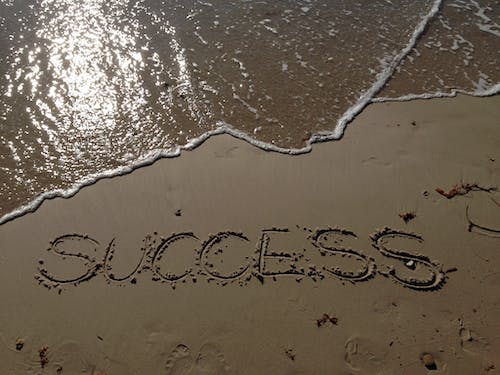 So last weekend my son and I packed up and went to DC to swim (literally and figuratively) with some millionaires for a few days.  Here are some things I came away with that have totally shifted my perspective and my focus that I guarantee will shift  yours as well. I’m a firm believer that often times breakthrough is not an event but a mindshift. It’s a aha moment, a clearing of the fog so to speak – that when acted upon can produce revolutionary results.

1. We are too afraid

I learned that I was a lot more afraid than I thought. I was afraid of money (who would’ve thought?!) and I was also afraid of failure. Now the fear of failure I could readily accept. But the fear of money was one I had never thought of or had even been confronted with. After all, why would anyone be afraid of money?Unfortunately, a lot of us are and we are afraid of money for the same reasons we are afraid of success (that’s a real fear too). We have to become someone different and it is not easy to change. There are different attitudes and habits that we have to adopt in order to multiply our money and to keep it. There is more we have to learn and more we have to unlearn. Shifting from a lack mindset to a wealth mindset takes work and many of us either don’t feel worthy because of worth or esteem issues or we are just not ready to be stretched beyond our comfort zone.

So how does the fear of money manifest? What does that look like on a day to day basis? Well for me I learned that I was hoarding, not saving. There’s a difference. When you hoard your money, you don’t put it to work for you. You are, like my best friend likes to say, “penny wise and pound foolish” meaning, you are careful about spending small amounts of money but you lose the gains you might have received from making larger purchases. You don’t invest or diversify and for some, you at times skip bills just to keep the money in your account (ouch). This fear can likely stem from having been in a place of lack and now you are afraid of going back so you hold on tightly to what you could easily multiply by letting it go.

Transparent moment: one of the ways this fear manifested for me was in grocery shopping. I would ALWAYS get to the cash register and put things back, things I wanted and budgeted for but would convince myself I could live without. My friends would always tease me and say, ‘well just pick up a bunch of extra stuff so you can feel better about putting things back when you get up there.’ LOL! Although a running joke in my circle, I realized it was something more serious that stemmed from a place of fear. I didn’t want to let go of my money.

But what if they do? What if they will read your book? Think of the many people who could become better because of what you carry.  By not acting on it, you are depriving them.

Which leads me to the next thing I learned:

The only difference between those young black millionaires and me was they acted on the idea they had. They did it. I heard a quote this weekend that I hadn’t heard before: “treat all ideas royally because you never know which one will grow up to be king.” We all have a bunch of ideas. Ideas that could possibly change the world. Ideas we are sitting on.

Being with these people and listening to their stories, I realized all they did differently from most of us was act on the idea they had and actually followed through with it. They weren’t more blessed or anointed than me.  They didn’t have any more favor from God than I did – or than you do for that matter. They weren’t smarter, prettier, luckier or richer. In fact, NOT ONE of them came from wealthy families. They just believed in their idea enough to start it and stick with it and guess what… it worked.

Listen, the farmer that waits for perfect weather never plants (Eccl. 11:4). Your iPhone camera is good enough for now. That free website will work just fine until you can upgrade. Self publish until you can get a publishing deal. Just do it!

Which takes me to the next thing I discovered…

The secret to their success – and mine and yours –  is really not a secret at all – it’s discipline and consistency.  That was it! While they weren’t any more anointed or blessed than you and I, they were definitely more consistent, more disciplined and more determined. Period! These are qualities we all can develop by implementing systems and structures in our lives. One of the quotes I heard this weekend was, “flowing won’t get you cash flow. Structure does.” Every struggle is a sign of a missing system. And so to really be successful in where we are trying to go, we need systems. Set a schedule. Get a plan. Commit to it. Work it even if it’s not working at first. Study it. Read about it. Work it some more.

One interesting thing I learned sometime ago as it relates to work was: not only do you reap what you sow but you reap WHERE you sow. So, if you have a 9-5 and you are working hard there, you are sowing in another man’s field and reaping just your wages. Now if you have your own venture that you want to make successful, you have to put in as much time –  if not more –  sowing in your own field. It may mean sleepless nights but the payoff will be so worth it.

Which takes me to the last but most important discovery….

For most of us – we just haven’t seen anyone do it before.

Seeing these young black people who looked no different from you or me making millions and killing their lane, really proved to me that success wasn’t reserved for any specific set of people – only the disciplined. You don’t need to be a certain skin color or size or from any specific socio-economic background. You just need to have a dream you believe in and the work ethic to boot. I was around, real estate investors, authors and speakers, business owners, lawyers, nurses and –  get this police officers and teachers – who had the courage to go after their dream. The teacher and police officer I met, stayed in their profession while running multi million dollar businesses – because they saw their profession as a calling!

It just proved to me that there are no limits. These young black millionaires defied protocols and prototypes and were redefining what was possible for them.

So can I and so can you.

And here’s the catch, these were tongue-talking spirit filled believers!

I had never seen it before, people who were incredibly successful in their careers making millions  – documented – and catch this…. did not rely on the gospel to pay their bills. Not that there’s anything wrong with that – the laborer of the gospel is worthy of his wages… let’s be clear. But these were not ministers or pastors and did not have megachurches nor were they the children of pastors with megachurches. These are young black people who love God and believe there are some who God has called to the market place and they are making millions while doing it.

Now, one of the themes this weekend was creating generational wealth – building on the legacy of our parents and grandparents and leaving an inheritance for our children’s children. There was a quote there that said, “if you don’t come from a rich family, then a rich family must come from you.” Now some of you super saved Christians who are afraid of money may think it is vain and materialistic to talk about wealth but the more money you have the more people you can help. Deuteronomy 8:18 says God gives us the power to create wealth and that wealth affords you a certain access, influence and authority that you can use to further God’s mission and build his church. So, lets stop being afraid of money and do away with the false thinking that it is vain and prideful or wealth is a sin. It is the LOVE of money that is the root of all evil not the money itself. If you are healthy whole and know your God, your money is actually a powerful weapon against the enemy… but we won’t delve into that today. 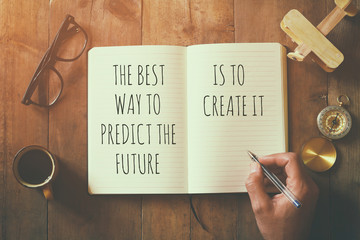 So, here’s to acting on our ideas and committing to working those dreams that God has put in our hearts. The Bible calls “good” those who leave an inheritance for their children. You can’t leave them much of anything keeping that idea in your heart.